For a long time now, Quebec has been a place for hosting lively and vibrant art festivals of the year. Many festivals are organized in this province. These events range from music to dance and from film to visual arts, among others. So, you are guaranteed to have the best moments of your lifetime. Here are some of the art festivals that you should not miss out in Quebec. 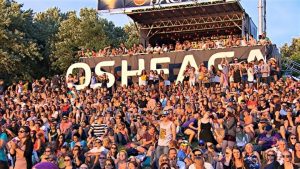 This event is perfect for Coachella fans. It’s one of the indie music events that you can’t afford to miss. Hosts of this event hold it each summer. The concert attracts many attendees and takes place on different stages. Moreover, the previous headliners have involved prominent artists such as Sara and Tegan, Kendrick Lamar, Metric, Lorde, Cat Power, and Eminem, among others.

It has the record of being one of the famous and oldest festivals held during winter. This event is represented by a unique figure called Bonhomme. The renowned celebration of Carnaval includes day-time and night-time parades. They also include free public banquets, a masquerade ball, and outdoor sports such as skiing, snowshoeing, staking, dogsledding, and hockey, among others.

This festival in Quebec City occurs every September of the year to showcase premieres movies and short films. The event has been there since 2011. From there, it has been screening almost 90 short films and 40 international feature movies. It has grown tremendously and attracted around 25,000 individuals in 2016. Hence, make sure you check the Cinema Pop Up during and before the festival.

Quebec is undoubtedly a great province with numerous communities, cities, and towns. This place has lots of activities that are hosted throughout the year. They include film festivals, the Winter Carnaval, and Osheaga, among others. So, you can show up at these festivals to see professional artists with different talents.